Just the brand name ‘InSinkErator‘ reminds folks of Terminator movies. Hopefully, this brand lives up to this name by terminating the kind of household waste that people throw down their sink drains. If you are shopping online for garbage disposal, learn more about these products and how to get the best price for InSinkErator garbage disposal.

This company actually offers a variety of models within their line, ranging from less than $100 to over $400, and most of their models are about $200. Consumers should consider the features and power they need before deciding which brand is the best choice for them.

What Do Reviewers Say About The Badger 5

Most customers said that the unit was easy to install. Consumers who already had owned one of these units said they had worked well for years. One problem that some users noted happened after a few years passed, and this was that the housing cracked and it started to drip. When this happened within the warranty period, the company did send out a prompt repair. A few people commented that the unit was a bit louder than they expected it to be.

This describes some popular models:

The Badger 5: These model disposals are a reliable and functional choice when affordability is the prime concern, it features a 1-stage grind technology, with a quick lock sink mount, without power cord. The maximum capacity is 26 ounces. The company also includes a 2-year warranty in which they promise to make house calls.

Best Price For InSinkErator Badger 5 – Under $90 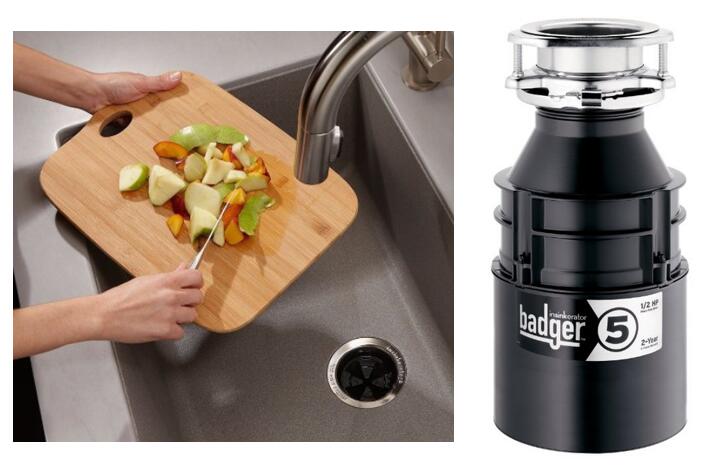 If you want cheaper, there is a General Electric GFC520V 1/2 HP continuous feed disposal large capacity – about $60 for you compared.

The reviewers were mostly favorable, despite the higher price. In fact, many satisfied customers said that they did find the unit pricer than they hoped but still believed they got a very good value.

One caution is that you may need different connecting parts if your sink is made out of cast iron. If you have any questions about how this disposal will connect with your non-standard sink, you might want to contact the company before you make your purchase. ( For your convenience, you can go this page for Choosing Right Garbage Disposal Fit Your Sink Well)

This 3/4-HP compart represents a much larger investment than the Badger 5. However, it backs up this higher price with some additional features that choosier homeowners are bound to appreciate. For one thing, the Evolution has a 4-year warranty. Check this top 1,600 sales model for more details: 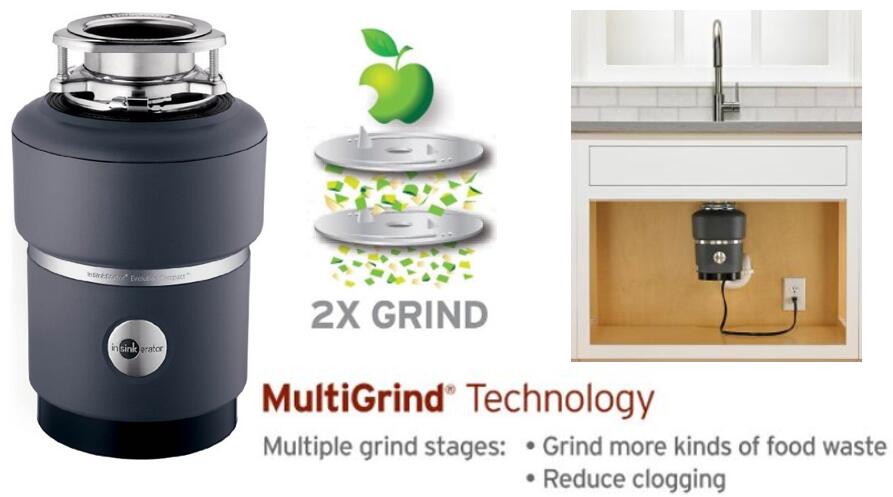 There are Insinkerator Evolution Pro Series, most have 6-year warranty, notably smooth and quiet operation, 2 stages grinding. The powerful motor is promoted as grinding waste much faster than typical garbage disposals. At the same time, the company says that they have tested it to be 60 percent quieter. 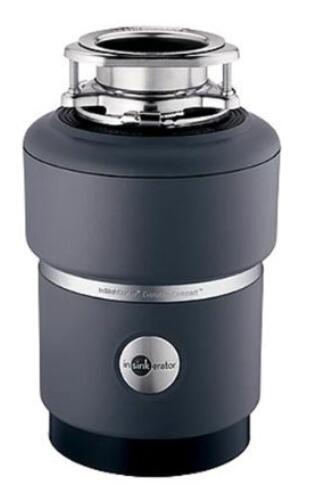 People with kids might appreciate the fact that the InSinkErator Garbage Disposal -Proccplus with CoverStart, only operates when it’s covered, so it might be worth it to pay more for that peace of mind.

A homeowner said it took him about an hour to install the unit after reading the instructions, and since he was not a professional plumber or handyman, he felt pleased with the process. Another reviewer replaced an old Badger 5 with the Badger 9, and he commented that the unit did indeed grind waste more quickly.

Badger 9: People who want a medium-priced unit, might consider the Badger 9. This is another 3/4-HP unit, but it doesn’t have as many features as the Evolution. It’s fair to say that not every buyer was happy with all of Evolution’s extra features, so that’s something to keep in mind.

The main benefits that the company advertises about the Badger 9 are a strong and relatively quiet motor. The unit is also reasonably easy for people to install. The company also stresses that they included a lot of power in this unit inside of fairly compact size, so the unit shouldn’t take up too much room under the sink.

Overall, the Badger 9 had the lowest average ratings on Amazon when compared to the Badger 5 and Evolution. It may be that the Evolution’s quality made up for the price, and the lower price of the Badger 5 seemed better value. 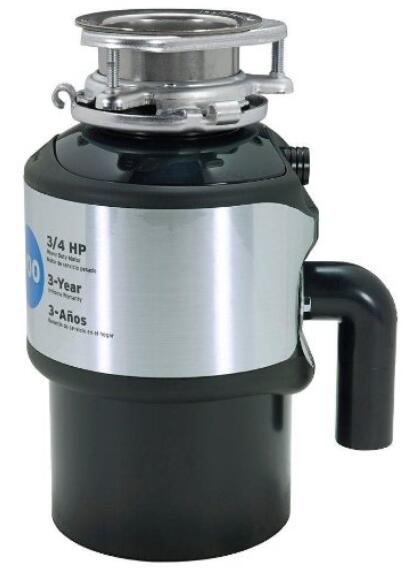 Which InSinkErator Garbage Disposal Is Best?

It seems fair to say that people who just want a budget garbage disposal for light-duty use might be happier with the cheaper Badger 5. It works, it comes with a 2-year warranty, and it is competitively priced.

The Badger 1 features a 1-stage grind technology that includes a GrindShear Ring, Use the popular stainless steel Quick Lock sink mount and it can be the easiest to install. Its cheap price is why people like to buy. Check this hot pick model under $80: 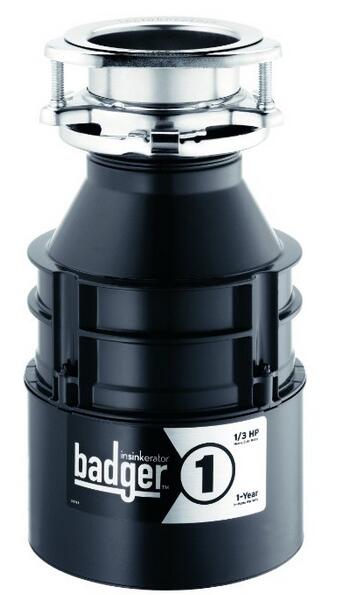 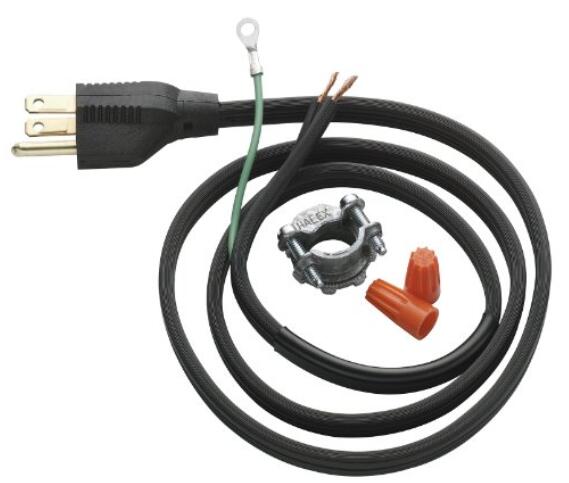 More info you may need: 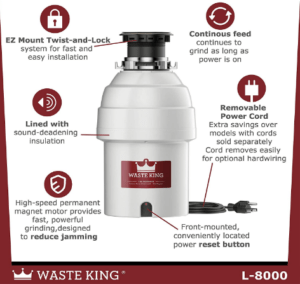