How to Maintain Garbage Disposal?

In today’s world, the garbage disposal is the most useful gadget in today’s modern kitchen. Not only has it taken cleaning to a whole new level, but it also made our kitchen chores more comfortable to perform. Despite its numerous advantages, the garbage disposal can easily wreak havoc in a short span of time if not well maintained. This article will guide you on how to maintain garbage disposal.

How to maintain garbage disposal? 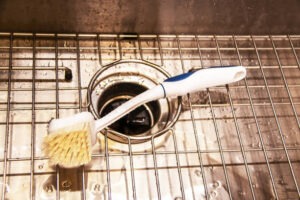 As we have already ascertained, garbage disposals should be well maintained as they value our day-to-day activities. The word garbage is mostly associated with filthy and dirty things; however, it should be the exact contrary for garbage disposals; they should be as clean as a new pin. It is also wise to understand that your home hygiene is also important these days. Here are a few pointers on how to maintain a garbage disposal.

1. Avoid putting wrong and large objects down the disposal drain 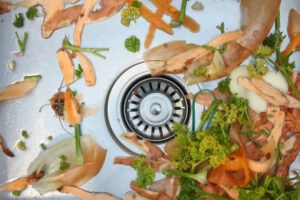 On those special nights when we have rice or spaghetti, we should avoid throwing them down the disposal as they expand when they are exposed to water. The characteristics of rice may bring about clogging. As useful as it may appeal to the garbage disposal, it’s very delicate.

There are many items that cannot be shoved down the garbage disposal; they include hard and fibrous foods, popcorn, or any other seeds. Small seeds in garbage disposals are compared to ticks in bulls; in both situations, they are tiny things that can cause grave damage to larger objects without even straining. The tiny seeds can get wet underneath the blades and cause the appliance to breakdown.

For better performance and a long-lasting effect, I advise you down large food items into smaller pieces before grinding them.

2. Always use cold water when running your disposal

As sure as death, the use of cooking fat or cooking oil. In addition to fatty foods is essential in every home today, a lot of awareness has been raised concerning fat intake but did you know that it is also not advisable for drainage disposals?

A lot has been said about cleanliness, but to no one’s surprise, it is rarely adhered to. Either we are too tired to execute it, or the clear truth we are too lazy to do it most of the time. Garbage disposal is a gadget that takes cleanliness to a whole new level; however, it too needs to be cleaned frequently.

For most garbage disposals, cleaning is as easy as blinking, just pour a small amount of dishwater and run it down with cold water. For odors around the disposal unit, simply grind lemon and orange peels to naturally freshen it. Moreover, the natural acids in citrus fruits such as lime, lemons, and oranges hinder bacterial growth.

Do not use drain cleaners or bleach to clean your disposal as this damages your disposal. For thorough cleaning, use a disposal cleaner or a generic degreaser often to avoid fat build-up in addition to improving the efficiency of the system. 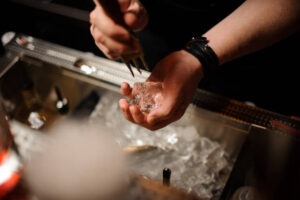 Like ordinary knives, the blades of your garbage disposal need to be sharp for the best performance. But I bet you are probably asking, how do I achieve this with their tricky location, right?

Well, worry not; frequent grinding of ice cubes not only sharpens your blades but also clears waste that is stuck on the walls of the blades; it’s like killing two birds with one stone. As a precaution, always put the rubber stopper to prevent the ice from flying out.

5. Crank the disposal to break up jams

Sometimes the food in the disposal unit might slightly clog the system; at this point, it might come as a shock to you that you don’t necessarily need a plumber. Just use an Allen wrench in the slot at the bottom of your unit and crank the blades.

In case you accidentally drop something down the drain, retrieve it carefully and do not use your hands, always unplug the disposal while performing minor adjustments to it.

Dos and don’ts when caring for your garbage disposal

How to clean and deodorize your garbage disposal? 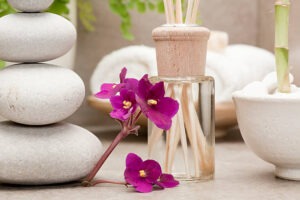 Lack of cleanliness in any household can lead to a lot of problems such as diseases, not excluding untidiness. The cleanliness we maintain around our disposal unit is of key significance not only to our health but also to the health of those around it. As I said above, the cleaning of garbage disposal is as easy as blinking. There are several ways to ensure that this is easily carried out.

Firstly we have the natural ways. This is the easiest form of cleaning are garbage disposals in addition to being cost-effective as it involves items that are readily available at home. This method only requires the peels of specifically citrus fruits such as lemon, limes, and oranges. Grind the peels down the disposal unit and run down with cold water. The natural peels not only remove odors but also hinders bacterial growth.

Secondly, we can use store-bought disposal cleaners or generic degreasers to clean the disposal unit; this option is more advantageous in that it prevents fat build-up in the unit. Note that this does not include drain cleaners, bleach, or harsh chemicals. The use of store-bought chemicals increases the efficiency of our garbage disposal at the same time, eliminating odors.

Alternatively, you could always use baking soda and vinegar. For this option, sprinkle half a cup of baking soda in the disposal drain the add a full cup of vinegar or cedar, allow the mixture to fizzle or create effervescence for another three minutes before running cold water. Evidently, the cleanliness of our garbage disposal is important and very easy to execute.

How often should I run my garbage disposal?

Running your garbage disposal is very important and serves many purposes to the day to day working of the unit. Running of the disposal is often compared to body exercise; the more you exercise, the fitter you become; subsequently, the more you run your disposal, the better and longer your system would last.

You should run your disposal daily even when you haven’t used it. Running your drain has key advantages; it not only prevents rusting and corrosion but also flashes out food items that might have been stuck in the drain.

How long does a typical garbage disposal last?

1. Quality of the disposal

most of the recent disposal systems are long-lasting compared to the previous ones. This is attributed to the modern advances they have been made with. Change is always good, especially if it is made to upgrade our status, in case you do not have the latest modern disposal unit you should consider purchasing one.

it is highly advisable to often use the garbage disposal. This not only increases its efficiency but also deter rusting of the blades. To prolong its life span, also check on the items put down the drain, avoid large food items as much as possible.

Despite garbage disposal having a decade’s worth lifespan, it is important to note that there are other signs that signal the failure of our disposal system; once we note these signs, we should try and fix this disposal so as to ensure they last longer, they include:

Can I lubricate my garbage disposal? 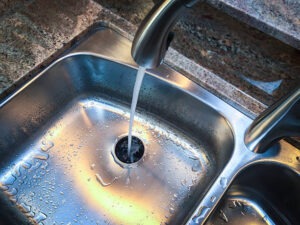 Often when the word lubrication is used, an oil-based solution is always the answer, well certainly not in this situation. When we talk of garbage disposal, lubrication oil is far from it’s the solution; the simple cure to this crisis is water.

So is it possible to lubricate your disposal? The answer is as clear as day; yes, it is very much possible. Water is not only best for the human body functioning but also for the simple lubrication of the garbage disposal system. It serves a lot of purposes for the unit; firstly, it lubricates the entire system up to and inclusive of the blades and the entire draining system.

Secondly, it flushes food items, especially solidified oils that might have been left out the previous time in the drains and blades.

The disposal unit should always be cleaned and maintained for that long-lasting effect as it has proved beyond all doubts that it is indeed useful. I can’t even imagine a world without the garbage disposal unit; it has exceeded most of our expectations by far and has modernized not only our kitchen but also the way we dispose of our garbage.