What Not to Put in Garbage Disposal?

Garbage disposal is a delicate machine. While it is expensive, it is also hectic work to replace it every now and then. And the need to replace will occur often if you don’t use it properly and abuse it with unusual food items.

Garbage disposals are meant to operate in a certain way. No matter how powerful the motor of your disposal is, there are some limits to the items that your disposal can take up. Hence, being mindful of what you throw down the drain is a duty you take on when you get yourself garbage disposal.

So, what not to put in garage disposal? And how to dispose of them then? Few things that cannot go down garbage disposal are: 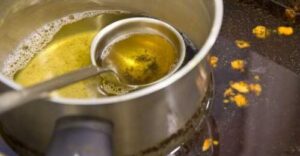 Grease, oil, and fats are bad for your garbage disposal and ruin its performance. The grease and oil when allowed to go down the drain cool and when cooled they solidify.

In such way, they form layers inside the drainpipes and can cause severe clogging and cause pollution on a large scale if passed through the sewerage system.

All oils and fats used in cooking food and the leftover grease should be left to cool down properly. Once they have cooled you can transfer them in airtight jars, so they don’t cause foul odors.

You can then contact oil waste professionals to collect these wastes from you. This way the waste managing process is made easier and you also play your part in helping the environment. 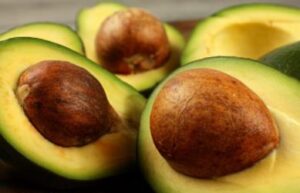 Throwing large and hard pits such as peach and avocado pit can affect the performance of the garbage disposal. While it might grind some part of this pit and small seeds; in the long run it will wear out the grinding blades and drastically decrease the efficiency of your disposer.

Some might suggest that the best way to dispose of the fruit pits and seeds is to simply throw them in the trash. While another way to make the best use of them to is to use them in compost.

The pits and seeds such as avocado pits and apple seeds can be used to help in improving the quality of soil and to provide it more nutrition. 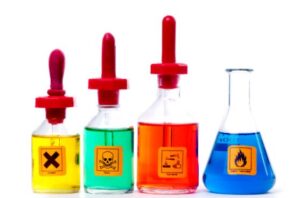 Throwing down harsh chemicals such as bleach and chlorine down the drain can have serious side effects that you ought to consider.

When you throw down harsh chemicals down the drain, your drainpipes are expected to corrode, and the performance of the disposer wears out. On a larger scale, it increases pollution and harms the sewerage system as well.

The recommended and best way to dispose of harsh chemicals is by contacting professionals. There are organizations made to work for the betterment of the environment.

They happily take up the waste of harmful chemicals so they can be recycled or disposed of properly. 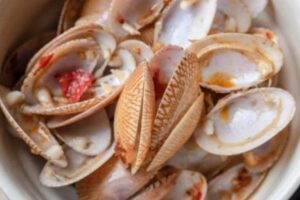 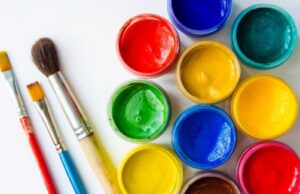 You might think paint is just a liquid and can be thrown into a disposal. well, you are wrong. Paint is a thick liquid material that solidifies rather quickly over time.

If you pour down paint down the drain, it will cause clogging and blockage in the drainpipes and also contaminate the environment by going into the sewerage system and make the wastewater treatment process harder.

The best way to dispose of the paint is by letting the professionals handle it. To dispose of the unused paint you can simply call the recycle centers to manage it for you.

Whereas, as for dried paint cans which are hazardous should be given to them as well for the proper disposition of the material.

Fibrous vegetables such as asparagus, celery, lettuce, cabbage, and onion skins shouldn’t be thrown at the disposal. When thrown in large pieces, their fiber can stick to the grinding blades and cause jamming. 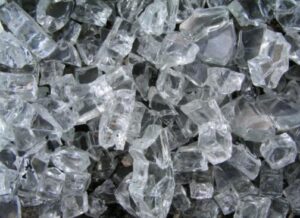 No non-food item is allowed to go into your garbage disposal. In case a piece of glass or even a small piece of broken metal falls into the disposal, remove it immediately because the garbage disposal will not be able to process it and the blades will just fail against such tough objects.

Throwing of sharp metal and broken glass pieces carelessly in the trash can harm the people who process this waste.

The best way is to wrap up the metal piece and broken glass in a piece of cloth until it’s layered properly, if possible, crush it into small pieces, then secure it in a box and throw it away in the trash.

You might mindlessly throw the banana or other fruit peels down the disposal, while it is okay to do so be sure to remove the sticker beforehand.

The stickers on the fruits and vegetables have an adhesive side that can cause them to stick to the interior of the disposal and impact its performance.

The stickers with adhesive material are not recyclable. There is no such real use you can find for them. Hence the right way to dispose of them is to simply throw them in your trash can.

The medicines that are mentioned on the FDA’s no flush list, shouldn’t be thrown down the drain. When crushed and reduced to bits by a garbage disposal, the pharmaceuticals mix with the water supply and largely impact the drain lines and the whole sewerage system.

For medicines that are old and expired, you can contact a drug store near you, and they will take up your old medicines. If a drug store is not available nearby, you can simply mix the medicine along with some dirt, seal it in a Ziplock bag and then throw it in the trash can. 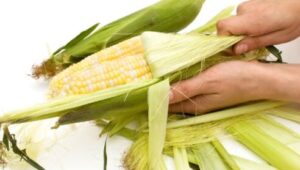 Corn husks are an extremely fibrous material and should not be disposed of in a garbage disposal.

It will not be ground by the blades instead it will linger to the grinding blades and cause the disposal to not grind anything as long as the corn husks are not cleared out.

Add the corn husks to your compost pile. It is the best and the easiest way to dispose of them. You can easily crush it with your hand and spread out into the soil.

With corn husks in your compost, the soil gets the nutrients required to nourish and improve its quality.

Bones are tough and cannot break easily. It’s the simple rule if your knife is unable to break it, the disposal won’t be able to do it either.

If the bones are very small and tiny, the disposal will handle them. However for large and tough bones, it is advised to not throw them at the disposal, it can harm the grinding blades and clog the drainpipes.

Animal bones are widely used as fertilizers. After being ground to bits they can be spread out in your garden to enrich the soil with large amounts of required calcium. It is a common method to use bones as fertilizers and is known to be effective.

Garbage disposal is a sturdy and strong machine made to handle the usual daily household waste. With garage disposal, handling food waste becomes really easy, and your time is saved from sorting out the waste in the kitchen.

However, no matter how strong the disposer is, you ought not to abuse it. Garbage disposals and the plumbing lines connected to it are a vulnerable part in your house. If not used properly, not only will the whole replacement and repairing process cost you a lot but it will also harm the environment.

Throwing everything down the disposal without thinking twice is a lousy move and could be the reason the sewerage system is polluted. Hence, acquire basic knowledge as to what can and cannot go down the garbage disposal drain so you use it properly and are able to help the environment as well.