How to Get Rid of Smell in Garbage Disposal?

Garbage disposals play a significant role in crushing the kitchen debris into finer particles before mixing them with water to flow through to the municipal, drainage. Owing to the fact that they handle wastes, they naturally develop some foul smell. You hence have to know how to rid them of this smell.

We draft and dedicate the entire article to the matter of how to get rid of the smell in the garbage disposal. In this article, we shall belabor and exhaust the steps you may take to reverse this issue. Also, we shall highlight the tools of the trade you may employ for the job.

Why You Should Eliminate Garbage Disposal Odors? 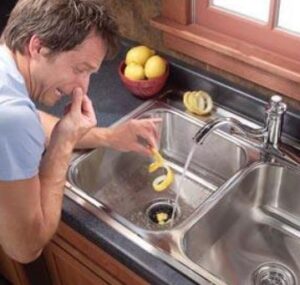 The sole reason most of us will always need garbage disposal odor got rid of from our home is the pride it deprives us- a fresh home! After all, no one wishes to invite a guest or live in a house that smells like a sewer.

With the bad smell from your garbage disposal, comes deeper underlying problems. Such include clogged drains, a problem that would lead to damages and flooding of dirty water in your sink or even house.

Failure to consider eliminating the smell that emanates from the garbage disposal might pose a health hazard. With some of the garbage disposal smells indicating problems with the sewer system, there is a need to ensure that these issues don’t get in our way affecting our health.

What Causes a Stinky Garbage Disposal? 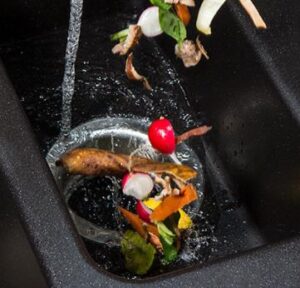 Probably the most common cause of garbage disposal is the dirty disposal of food materials into the garbage disposal systems. Here, food waste that has not washed down the drain will build-up especially in crannies and grooves, and under the impellers. Other times, aging mechanics might also cause food to build up in your garbage disposal. In this case, the disposal no longer grinds the food down as it is supposed to.

How to Get Rid of Mildew Smell in Garbage Disposal? 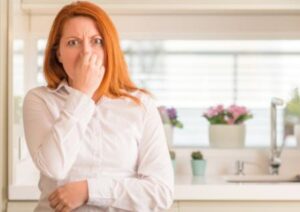 Wanting to remove the bad smell of the garbage disposal unit? Follow these steps to actualize the dream:

You will first and foremost have to garner the following items:

Step I: Cut the lemon or the lime

Start off by cutting the lemon or the lime in fours. Use the knife to tackle this specific chore. After you have come up with the four quarters, place them in the garbage disposal. Leave them untouched for some time to have the effects deepened and intense.

After you are through with crushing the mixture above, you are asked to leave the disposal untouched for roughly 30 minutes. At the conclusion of the 30-minute window, you are to turn on the disposal a second time. At this time, you should also turn on the running tap for 20 seconds or so.

In this last step, apply some white vinegar. Dip the same in a paper towel and rub the same under the rubber gasket. You will find this one placed at the mouth of the disposal. The purpose of this rubbing is to eliminate any residual food particles that may cause further odors.

How to Fix a Stinky Garbage Disposal? 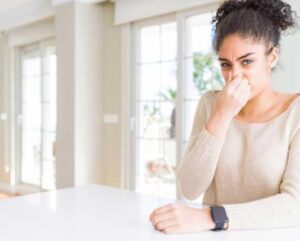 Wanting to permanently fix a stinky garbage disposal unit? Follow these steps to actualize the dream:

You will first and foremost garner these items:

Step I: Cleanse the outside thoroughly

Kick start the exercise by cleansing the outside of the disposal thoroughly. This is to eliminate all the marks, debris, and other undesirable chuff. You will have to make use of the dish soap to accomplish this onerous task. See to it that the outcomes really sparkle.

Then, move now to flush the system to eliminate any debris or clogs that may survive in the interior segments. Use sufficient qualities of water to tackle this end. As a matter of fact, you may also think of flushing it a couple of times to get exceptionally sparkling outcomes.

After the above step, you should now introduce some salt and ice. The purpose of the salt is to kill off any residual germs. Ice on the other hand cleans the blades of the disposal and rid it of any slimy residues that may be stuck there. Leave these two substances for 5-10 seconds for maximum impacts.

Finish off by applying the citrus for deodorizing the garbage disposal altogether. The citrus smells fresh and well all the time. It hence works extra hard to ensure that no foul smell arises later on for a designated duration of time. For maximum impacts, leave the citrus there for 5-10 seconds.

How to Prevent Garbage Disposal Odors? 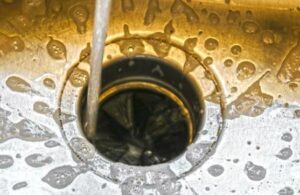 If you want to permanently prevent the garbage disposal odors, you are advised to make use of these items and substances:

Ice does cleanse the blades to rid the same of some slimy residues and substances. It also combats the nasty smells and leaves the disposal smelling great to the nose. Use some ice cubes and leave them applied for quite some time.

Citrus is a natural deodorizing agent that suppresses foul odor while at the same time exuding fresh scents. Of these, it is the lemons that stand out. Get hold of and apply a sufficient amount of lemon on the affected portions of the garbage disposal.

Both the vinegar and the baking soda have potent neutralizing power. You may hence use these to work on the agents of the foul odor. Pour some generous amounts of these substances on the affected areas of the garbage disposal, leave for some time, and then flush them out.

Bleach comes in manly if there are some discolorations as well. It serves the dual purpose of whitening the garbage disposal while at the same time suppressing the foul odor. Owing to the potentially corrosive nature of the bleach, you are advised to apply it moderately.

Lastly, you are also advised to flush the disposal consistently after each use. That will prevent the debris from accumulating and bringing about the foul odor as you move along. On the same note, you should also consider cleaning the disposal a little bit more frequently.

We bring an end to our peek into how to get rid of the smell in garbage disposal there. It is now our firm belief that you have the preparedness you need to do a great job, going forward. Is it too much of us now to ask you to implement the provisions as nearly as can be?

Previous Post: Guides on How to Throw away Styrofoam？
Next Post: Best Garbage Disposal for Deep Sink